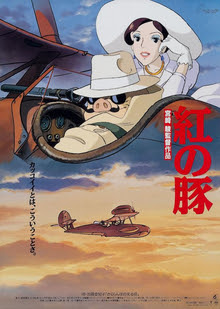 Email ThisBlogThis!Share to TwitterShare to FacebookShare to Pinterest
Labels: 8/10, animation

Attention For A Restoration!

This website has gone under some unfortunate changes, and it has been sadly neglected by this writer in favor of its twin, Classic Cinema Reviews For Kids. So, to give it a happy ending, I've decided to make it a rip-off of Nate's Mini Reviews, by reviewing all of the movies that I've seen from my notorious shame list plus others that I've already seen before but I want to discuss them anyway. Stay tuned for an exciting revision! :)
Posted by Matt at 5:05 PM No comments:

A Memorial To Roger Ebert

The world has lost a great artist today. An hour ago, CNN reported that famed film critic Roger Ebert died from cancer at age 70. Yes, that Roger Ebert. He was my personal role model. I remember being a passionate fan of his television show, Roger Ebert Presents At The Movies, and I will always remember reading his beloved reviews and books. In a sense, he was the critic that I always looked up to. In fact, nearly every critic has stolen from Roger Ebert as he was one of the greatest,if not the greatest film critic ever. He also inspired not only me , but a lot of people. Why? He sadly lost his voice due to that pesky disease called cancer several years ago. However, he temporarily went back on the job, reviewing movies for The Chicago Sun Times. Seeing him keep doing the career that he deeply loved despite all that suffering made me realize that humanity will always overcome hardship to achieve the impossible. I sympathize with his family, especially the magnificent Chaz Ebert, as I tearfully let The Nostalgia Critic remember the glory days of his successful run with Gene Siskel from 1975-1999.
WARNING: If you don't like foul language or offensive humor, please note that I'm not an advocate for those things. Also, I do not own this video as it rightfully belongs to Doug Walker, the creator of the character known as the Nostalgia Critic. (Yes, he was too influenced by Roger's work.) 15 minutes of crying later...
Now, Gene Siskel and Roger Ebert will be hopefully reviewing movies in heaven. May God be with their families and their souls. With that said, good night. :(

We Love You, Roger. Thank you for your passion of film. See ya, later.

My Speech For Best Buddies

Guess who? I had such a fun time making my speech with my new friend, Stephanie. I hope you are inspired by it. :) By the way, I'll post the transcript soon. Until then, take care.
Posted by Matt at 3:22 PM 2 comments:

You have noticed that my last post was strange as it had nothing to do with what I'm usually known to write about, which is movies. Well, I've got some good news and some bad news. The bad news is that this blog will no longer focus to movies anymore. Why? It's because another blog of mine, Classic Cinema Reviews For Kids, has been dedicated to that job already and I'm also bored at reviewing current movies when other people are doing that job perfectly. My heart isn't into reviewing current movies anymore, so I've decided to stop doing it on this site.
That doesn't mean that this blog's going away. In fact, I've got something better in mind. The good news is that this blog will now be an account of what I'm doing in my life and how I'm responding to it. I have come up with more ideas on what to do, and I'm excited to share them with the world.
Posted by Matt at 10:06 AM 1 comment:

Hitchhiker's Guide To The Galaxy Entry on Homework

Earthlings are well known for creating stupid inventions that other extraterrestrial beings with superior knowledge will laugh at, as being either too cruel or too childish. As of this time of this current publication, only one invention has been identified as both cruel and childish at the same time. That invention has been called homework by Earthlings. Homework can come in many formats. It can be a simple piece of paper that asks ridiculously hard questions on a simple lesson or it can be a big piece of paper known as a project that tells what that subject is to a bunch of people who already know what the heck it is. Despite its many forms, homework still has the same purpose, which is to teach the young about the subject that they recently learned about. While completing, they are expected to do so without their teacher’s help or their understanding on the subject. This in theory should help the child learn the lesson by heart. The truth of the matter is that it causes the child to become illegally insane with anxiety attacks, abuse, stress, over excess of sweat, curved spines, loss of imagination, sudden gain of adulthood, and a hatred towards teachers or parents. It may also cause the child to resent school and be opposed to the system.

Upon completion of their education, the students receive a shiny piece of paper that tells their future employer that they survived school and they need a job. Therefore, the child has grown into an adult and decides to be proud of homework for he thinks that working on it helped him earn that shiny piece of paper. (Other alien races have determined that homework had nothing to do with gaining a love for learning and remembering. Sadly, they're too polite to spoil the Earthling's shallow realization on homework.) The Earthling decides to celebrate by forcing people younger than himself to do homework, therefore making the cycle go on and on until the Earth was blown up by the Voogons. Fortunately, a similar pratice of homework has caused bloody student rebellions on other planets, so the practice has been replaced with the child receiving a programmable memory implant attached to their hand called computerization.
Posted by Matt at 2:45 PM No comments:

Hey there, everyone! Since half of the year is over, most critics has decided to make a best of the year so far list because they are a) bored, b) want people to see these movies, or c) want to put a best of the year list out so if the world exploded tomorrow, their boss wouldn't yell at them for being too late with their list. Since I'm a critic, I've decided to follow tradition for I haven't written a post for a while. So to make it up for lost time, here's my top five movies of 2012 :
#5.  The Hunger Games
#4.  Salmon Fishing In The Yemen
#3.  The Secret Life Of Arrietty
#2.  Bully
#1. Moonrise Kingdom
Posted by Matt at 5:39 AM 2 comments: